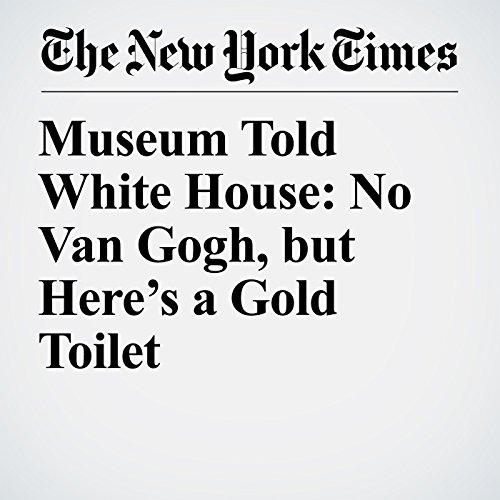 Officials at the Solomon R. Guggenheim Museum in New York were tight-lipped Thursday night about an unusual email exchange in which its chief curator is said to have rebuffed a White House request for a Vincent van Gogh painting and offered a gold toilet instead.

"Museum Told White House: No Van Gogh, but Here’s a Gold Toilet" is from the January 25, 2018 Entertainment section of The New York Times. It was written by Matt Stevens and narrated by Barbara Benjamin-Creel.