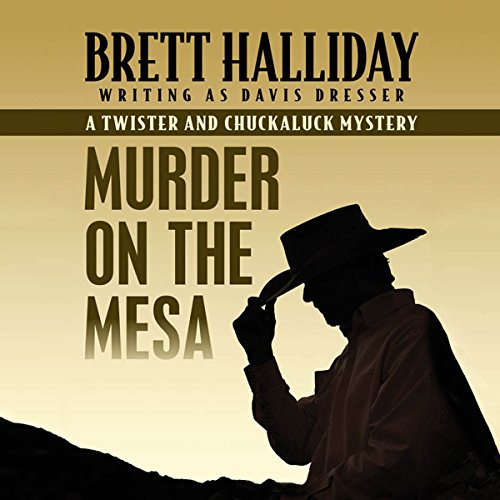 At first, Twister Malone and Chuckaluck Thompson think it must be a mirage. If real, the willow trees they see on the horizon mean that water is nearby, and in this dusty stretch of the Southwest, water is rarer than gold. They rub the grit from their eyes, yet the sight remains. There really is water up ahead - and death just around the corner. Someone has opened a sluicegate, allowing all the precious liquid to drain into the dirt. When Twister and Chuckaluck close the gate and the roaring stops, a woman screams, "Don't let him get away! He was going to kill me!" Chuckaluck fires wildly, but the scoundrel has escaped, setting the wandering cowpokes on the trail of a mystery so dark and twisted it might be beyond their powers to solve.