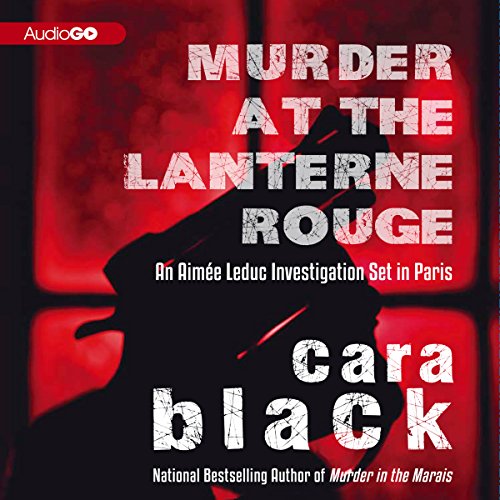 Aimée Leduc is happy her long-time business partner René has found a girlfriend. Really, she is. It’s not her fault if she can’t suppress her doubts about the relationship; René is moving way too fast, and Aimée’s instincts tell her Meizi, this supposed love of René’s life, isn’t trustworthy. And her misgivings may not be far off the mark: Meizi disappears during a Chinatown dinner to take a phone call and never comes back to the restaurant. Minutes later, the body of a young man, a science prodigy and volunteer at the nearby Musée, is found shrink-wrapped in an alleyway - with Meizi’s photo in his wallet. Aimée does not like this scenario one bit, but she can’t figure out how the murder is connected to Meizi’s disappearance. The dead genius was sitting on a discovery that has France’s secret service keeping tabs on him. Now they’re keeping tabs on Aimée. A missing young woman, an illegal immigrant raid in progress, botched affairs of the heart, dirty policemen, the French secret service, cutting-edge science secrets, and a murderer on the loose -what has she gotten herself into? And can she get herself - and her friends - back out of it all alive?

Why hire narrator who mangles French?

Good story as usual but the mangled French made me grit my teeth. Couldn't even pronounce Aimee correctly. Being able to pronounce the protagonist's name correctly should be the first thing they check for when hiring a narrator.

I have enjoyed listening to the Aimée Leduc series as I go about the mundane tasks in my life - driving, shopping, cleaning, etc. This installment, however, was painful to listen to, thanks to the narrator. As the books take place in Paris, French phrases and names are peppered throughout. The narrator of the previous books in the series, Carine Montbertrand, did a wonderful job of pronouncing the French and seamlessly working it into a sentence. This narrator sounded like a high school French student, not a native. Every time she pronounced a French word or phrase, she managed to mangle and garble it to the point that it was a distraction. I found myself gritting my teeth and correcting her, sometimes out loud. I may sound like a snob here, but I'm not saying I could do better - I'm not a native speaker, and you wouldn't want to hear me try to narrate. But I did expect that the producers of this audiobook would hire someone who could PRONOUNCE THE PROTAGONIST'S NAME when they hired a professional narrator. (Rebecca Gibel pronounced it "emmy" instead of "eh-may.") A good narrator seems to disappear, and you don't even think about him or her. Rebecca Gibel was not a good narrator for this book. The mispronunciations were jarring and really prevented this listen from being an enjoyable escape.

What did you love best about Murder at the Lanterne Rouge?

The subplot about the 14th century glass-making guilds was fascinating. I appreciate the background research that the author puts into her work.

The mystery mother finally speaks! Cannot wait to see if she pops up in the next book.

Finally a Narrator Worthy of the Series!

I really love this excellent series and have read every book since I met the author at a writers conference years ago. I've tried a couple of audiobook editions, but have not enjoyed the experience until Ms. Gibel came on board. This narrator adds to the story in most positive ways. She seems an excellent fit, and I hope she continues in future audiobook editions.

After listening to 11 Aimee Leduc mysteries by Cara Black I finally got used to the nasally and bubble gum voice of Corine Monbertrand. I even started to enjoy her characterisation of René Freant. Then I purchased the 12th book from Audible and I miss Ms. Monterbertrand more than I could have imagined. Rebecca Gibel does have a smoky quality to her voice and inflections are good, but she should stick to books that take place in middle America. Her accent wouldn’t be so annoying if only her French pronunciation were at least close. The moment she says any French word the listener is ripped by force out of Paris and plopped down in Wisconsin. It is unbearable. I will be reading this one on Kindle and hope that the narrator for the next is better...until we finally get back to Ms. Montbertrand. What were they thinking? Are budgets that low?