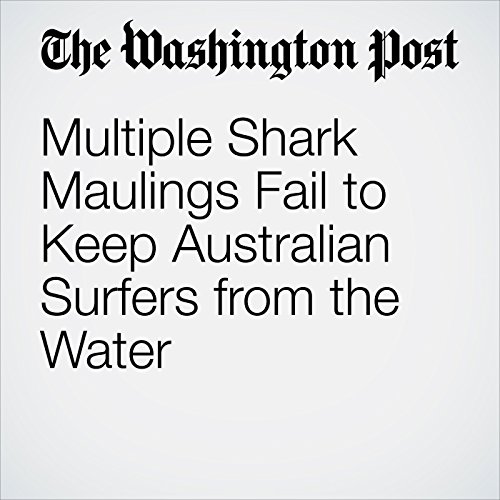 Crystalline water and big, gorgeous waves attract surfers to the mouth of Margaret River in southwest Australia.Less clear is what has recently drawn at least one large, aggressive shark to this coastline. It might be the whale carcass rotting on one of the surf breaks. Maybe it’s the surfers themselves — several of whom, in any case, have refused to let a little shark mauling spoil their fun.

"Multiple Shark Maulings Fail to Keep Australian Surfers from the Water" is from the April 16, 2018 World section of The Washington Post. It was written by Avi Selk and narrated by Sam Scholl.