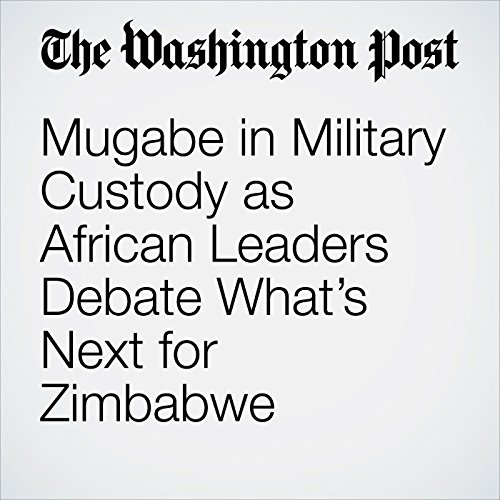 Zimbabwe’s 93-year-old president remained in military custody on Thursday, setting off a frantic effort across southern Africa to resolve the simmering political crisis.

"Mugabe in Military Custody as African Leaders Debate What’s Next for Zimbabwe" is from the November 16, 2017 World section of The Washington Post. It was written by Kevin Sieff and narrated by Sam Scholl.