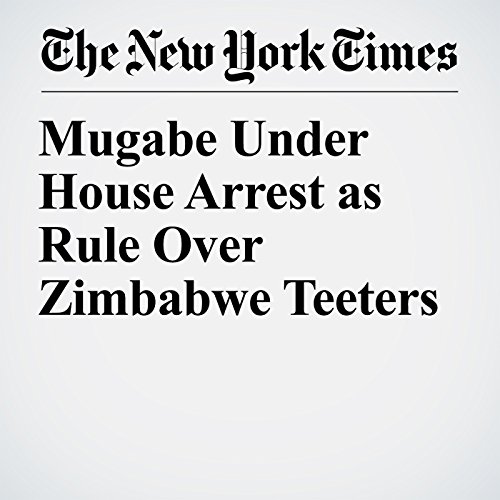 President Robert Mugabe, who has ruthlessly ruled Zimbabwe for nearly four decades as one of Africa’s last liberation leaders still in power, was under house arrest Wednesday, hours after the military announced it had taken him into custody in what appeared to be a coup.

"Mugabe Under House Arrest as Rule Over Zimbabwe Teeters" is from the November 15, 2017 World section of The New York Times. It was written by Jeffrey Moyo and Norimitsu Onishi and narrated by Kristi Burns.