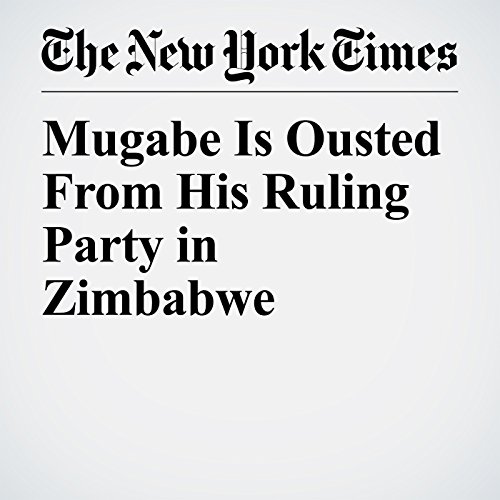 After hours of deliberations, Zimbabwe’s governing party on Sunday expelled its leader, President Robert Mugabe, 93, as he remained locked in negotiations at the State House with the country’s army generals about his departure.

"Mugabe Is Ousted From His Ruling Party in Zimbabwe" is from the November 19, 2017 World section of The New York Times. It was written by Jeffrey Moyo and narrated by Keith Sellon-Wright.