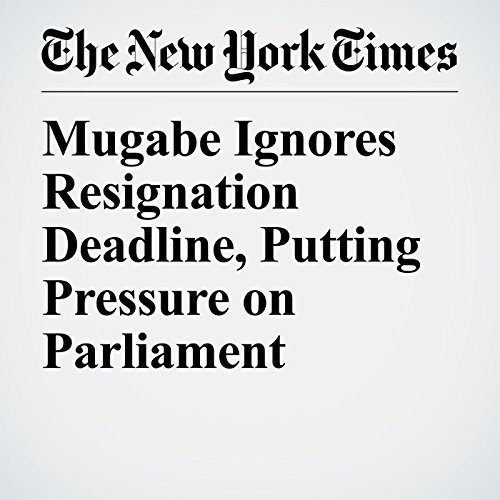 A day after President Robert Mugabe of Zimbabwe stunned his nation by not announcing his resignation, the 93-year-old leader Monday ignored an ultimatum from his own party demanding he step down.

"Mugabe Ignores Resignation Deadline, Putting Pressure on Parliament" is from the November 20, 2017 World section of The New York Times. It was written by Norimitsu Onishi and Jeffrey Moyo and narrated by Kristi Burns.