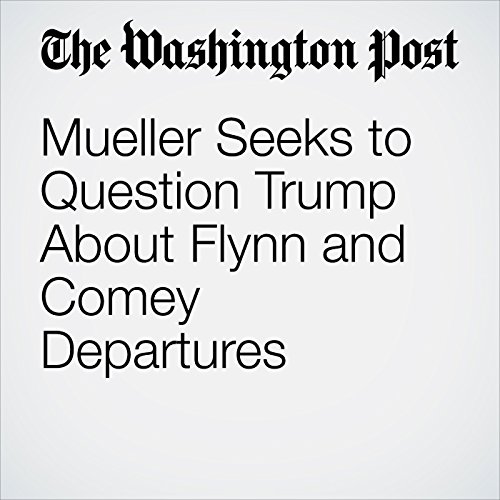 Special counsel Robert S. Mueller III is seeking to question President Trump in the coming weeks about his decisions to oust national security adviser Michael Flynn and FBI Director James B. Comey, according to two people familiar with his plans.

"Mueller Seeks to Question Trump About Flynn and Comey Departures" is from the January 23, 2018 Politics section of The Washington Post. It was written by Carol D. Leonnig, Sari Horwitz, and Josh Dawsey and narrated by Sam Scholl.