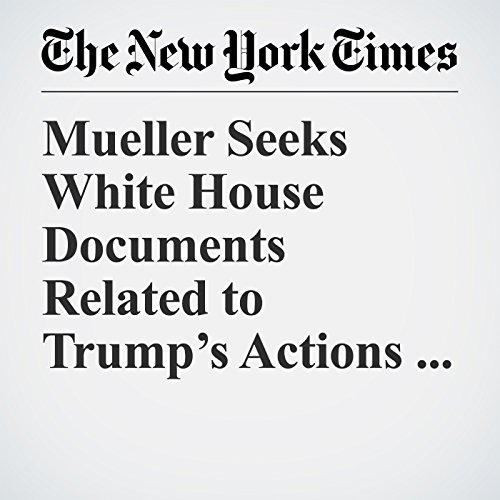 Robert S. Mueller III, the special counsel, has asked the White House for documents about some of President Donald Trump’s most scrutinized actions since taking office, including the firing of his national security adviser and FBI director, according to White House officials.

"Mueller Seeks White House Documents Related to Trump’s Actions as President" is from the September 20, 2017 U.S. section of The New York Times. It was written by Michael S. Schmidt and narrated by Barbara Benjamin-Creel.