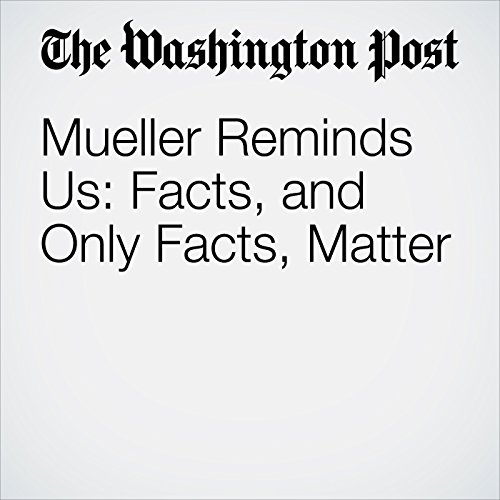 No wonder President Trump and his media allies in the Murdoch empire (not only Fox News but also the Wall Street Journal editorial pages) have been hysterically trying to impugn special counsel Robert S. Mueller III’s integrity and demand Hillary Clinton, not the president, be investigated. (Reminder: She was investigated; she is not president.) Some unhinged Trumpists have even egged Trump on to pardon all those involved, a fateful step that would trigger widespread demands for impeachment.

"Mueller Reminds Us: Facts, and Only Facts, Matter" is from the October 31, 2017 Opinion section of The Washington Post. It was written by Jennifer Rubin and narrated by Sam Scholl.