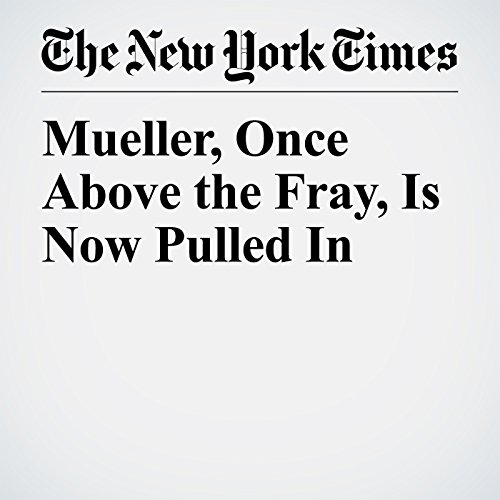 Robert S. Mueller III managed in a dozen years as FBI director to stay above the partisan fray, carefully cultivating a rare reputation for independence and fairness. But his appointment as special counsel overseeing the Trump-Russia investigation has thrown him into the middle of the most charged political brawl of his career — especially since his early hires include several prosecutors who have donated to Democratic candidates in the past.

"Mueller, Once Above the Fray, Is Now Pulled In" is from the June 15, 2017 U.S. section of The New York Times. It was written by Scott Shane and Charlie Savage and narrated by Barbara Benjamin-Creel.

Cosa pensano gli ascoltatori di Mueller, Once Above the Fray, Is Now Pulled In