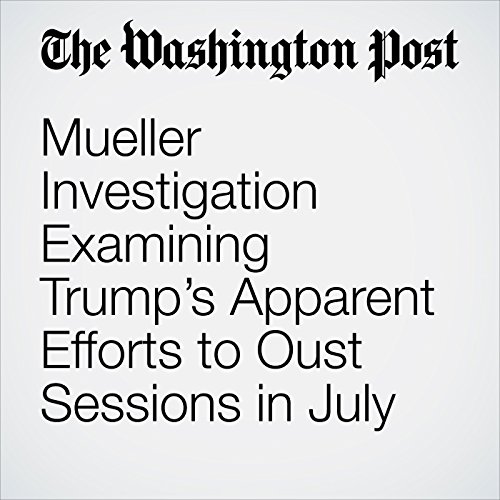 Special counsel Robert S. Mueller III has been investigating a period of time last summer when President Trump seemed determined to drive Attorney General Jeff Sessions from his job, according to people familiar with the matter who said that a key area of interest for the inquiry is whether those efforts were part of a months-long pattern of attempted obstruction of justice.

"Mueller Investigation Examining Trump’s Apparent Efforts to Oust Sessions in July" is from the February 28, 2018 National section of The Washington Post. It was written by Devlin Barrett, Josh Dawsey, Rosalind S. Helderman and narrated by Sam Scholl.