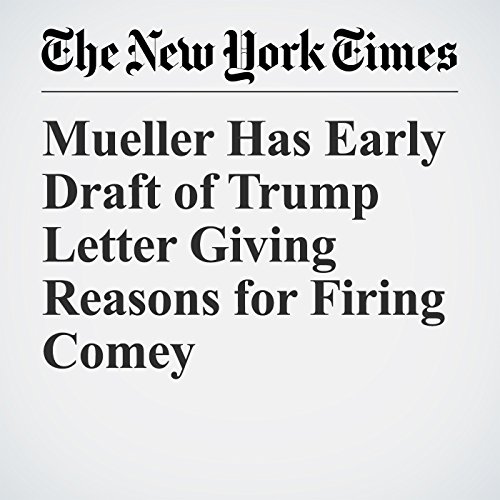 Special Counsel Robert Mueller has obtained a letter that President Donald Trump and a top political aide drafted in the days before Trump fired the FBI director, James Comey, which explains the president’s rationale for why he planned to dismiss the director.

"Mueller Has Early Draft of Trump Letter Giving Reasons for Firing Comey" is from the September 01, 2017 U.S. section of The New York Times. It was written by Michael S. Schmidt and Maggie Haberman and narrated by Barbara Benjamin-Creel.