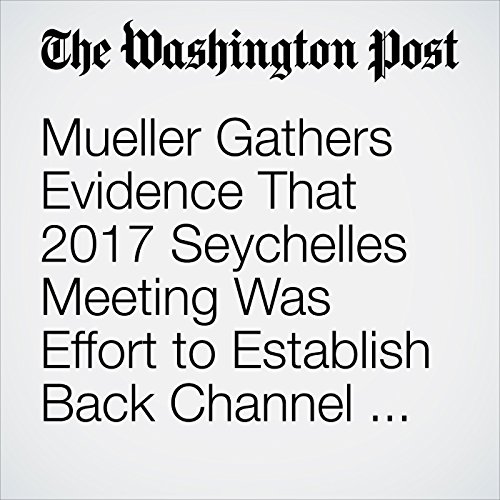 Special counsel Robert S. Mueller III has gathered evidence that a secret meeting in Seychelles just before the inauguration of Donald Trump was an effort to establish a back channel between the incoming administration and the Kremlin — apparently contradicting statements made to lawmakers by one of its participants, according to people familiar with the matter.

"Mueller Gathers Evidence That 2017 Seychelles Meeting Was Effort to Establish Back Channel to Kremlin" is from the March 07, 2018 National section of The Washington Post. It was written by Sari Horwitz, Devlin Barrett and narrated by Sam Scholl.