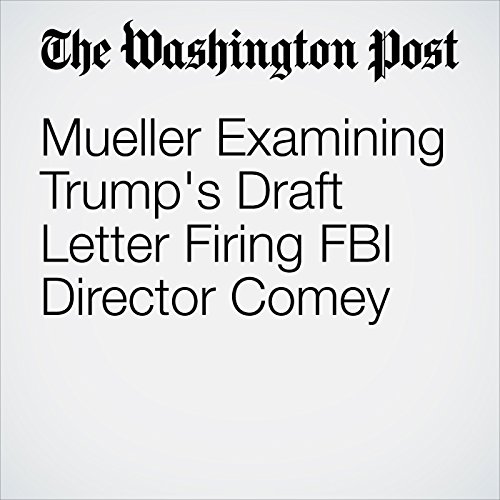 Special counsel Robert S. Mueller III is reviewing a letter drafted by President Trump and a top aide in the days before the firing of FBI Director James B. Comey laying out in detail why the president wanted to get rid of the country’s top law enforcement official, according to people familiar with the Mueller probe.