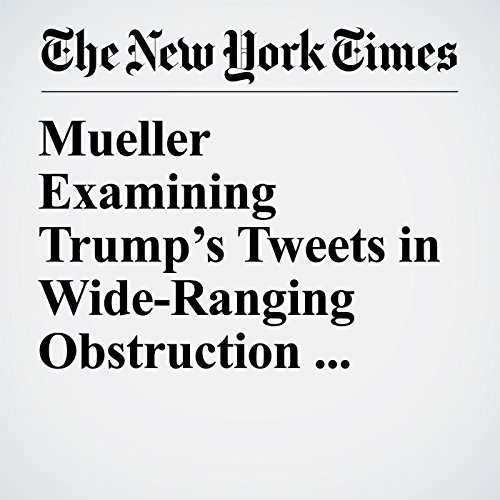 For years, President Donald Trump has used Twitter as his go-to public relations weapon, mounting a barrage of attacks on celebrities and then political rivals even after advisers warned he could be creating legal problems for himself.

"Mueller Examining Trump’s Tweets in Wide-Ranging Obstruction Inquiry" is from the July 26, 2018 U.S. section of The New York Times. It was written by Michael S. Schmidt and Maggie Haberman and narrated by Keith Sellon-Wright.