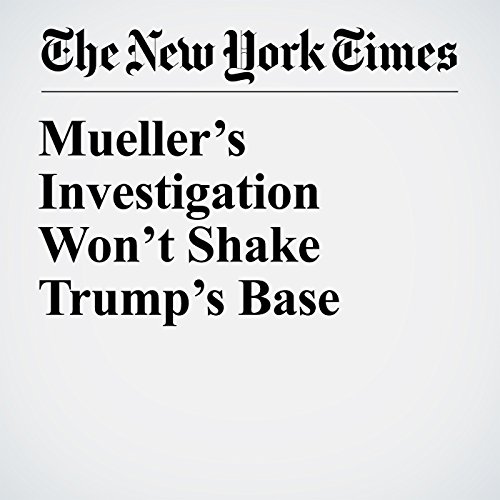 On Monday, nothing changed. If you live, as I do, in the heart of Trump country, you know there is no chance that the indictment of President Donald Trump’s ex-campaign chairman Paul Manafort, or the guilty plea of a former foreign policy adviser, George Papadopoulos, will alter our political dynamics. Trump’s supporters will stand by their man. After all, they’ve stood by him through worse, through events and allegations that implicate Trump himself.

"Mueller’s Investigation Won’t Shake Trump’s Base" is from the October 30, 2017 Opinion section of The New York Times. It was written by David French and narrated by Kristi Burns.