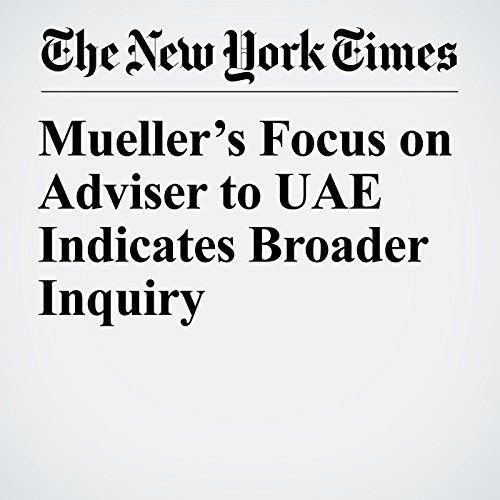 George Nader, a Lebanese-American businessman, has hovered on the fringes of international diplomacy for three decades. He was a back-channel negotiator with Syria during the Clinton administration, reinvented himself as an adviser to the de facto ruler of the United Arab Emirates and last year was a frequent visitor to President Donald Trump’s White House.

"Mueller’s Focus on Adviser to UAE Indicates Broader Inquiry" is from the March 03, 2018 U.S. section of The New York Times. It was written by Mark Mazzetti, David D. Kirkpatrick and Maggie Haberman and narrated by Kristi Burns.