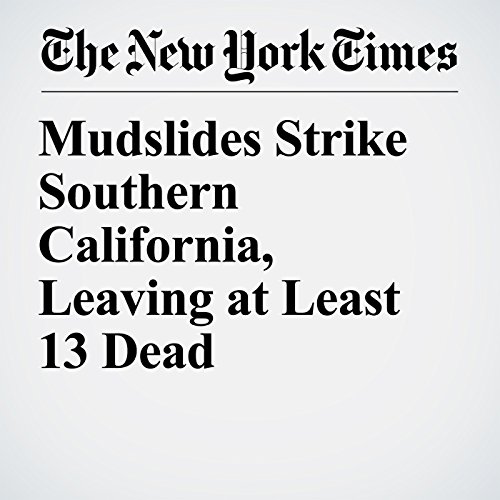 At least 13 people — and possibly more, the authorities warned — were killed Tuesday and more than two dozen were injured as a vast area northwest of Los Angeles, recently scorched in the state’s largest wildfire on record, became the scene of another disaster, as a driving rainstorm, the heaviest in nearly a year, triggered floods and mudslides.

"Mudslides Strike Southern California, Leaving at Least 13 Dead" is from the January 10, 2018 U.S. section of The New York Times. It was written by Jennifer Medina, Thomas Fuller, and Tim Arango and narrated by Keith Sellon-Wright.