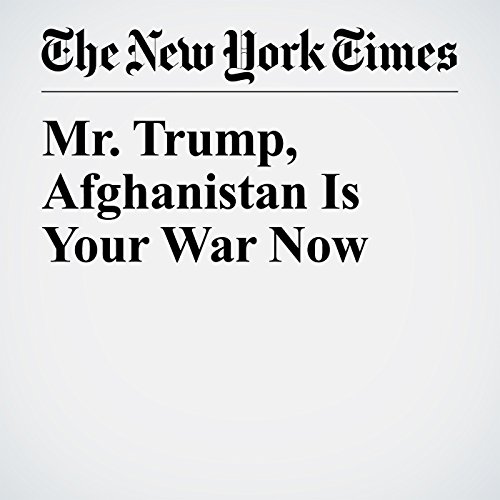 President Donald Trump was typically self-absorbed in his tweet Wednesday celebrating the 242nd birthday of the U.S. Army. “Proud to be your commander-in-chief,” he proclaimed to the soldiers.

"Mr. Trump, Afghanistan Is Your War Now" is from the June 16, 2017 Business section of The New York Times. It was written by The Editorial Board and narrated by Mike DelGaudio.