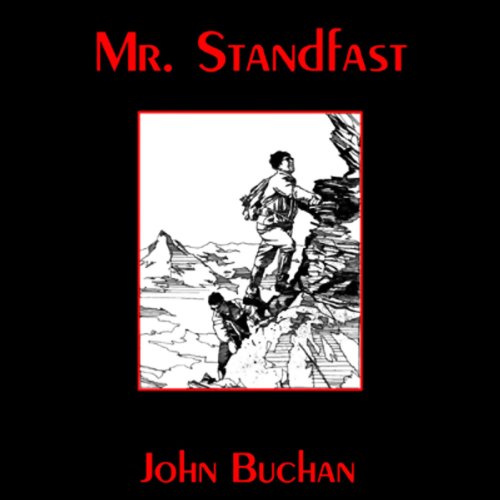 Mr. Standfast, the third in the series of five novels following Hannay's exploits, picks up the story after Hannay has returned home from the Somme. Working for the War Office under an assumed name, he is a brigadier still under 40, taken out of the military for a another round in the spy game.

The only instructions he's given are to take up his old identity as a mining engineer from South Africa and pose as a staunch pacifist. As Hannay himself puts it: "To go into Germany as an anti-British Afrikaner was a stoutish adventure, but to lounge about at home talking rot was a very different-sized job."

Richard Hannay, the South African mining engineer and war hero, again takes listeners along as he navigates the twists and turns of espionage during the turbulent World War I years.

For the Buchan die-hard

This reading is let down by the narrator who fails to catch the essence of Hannay's decency by giving him an overly languid 'upper class' accent. Also let down by poor research on pronunciation and the reader's inability to command a Scottish accent or distinguish clearly between the different character's voices. One for the die-hard Buchan fan.

Mr Standfast is one of my favourite John Buchan novels but I wish I had not bothered with this audio version of it. The narrator's intonation is tedious in the extreme and I wish I had paid more attention to the sample before buying it. The rise and fall of his voice bears no relation to the content of what he is reading. I was very disappointed!

If you read the 39 steps, and want to know what happened to Richard Hannay, then this is the 3rd book of 5 that recount his adventures (read Greenmantle first to keep to the proper order). The book is really two stories, joined together, the first a more classic spy adventure and the second more a story of line on the western front.

Could you see Mr. Standfast being made into a movie or a TV series? Who would the stars be?

Yes it is an interesting read.

Bought the paper version as I did not like the narration on audio.