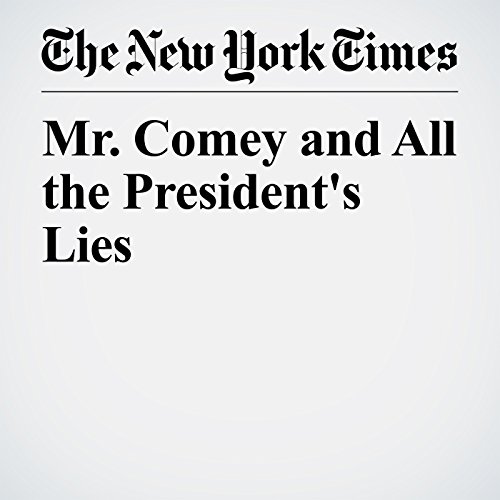 Weeks after being described by President Donald Trump as a “nut job,” James Comey on Thursday deftly recast his confrontation with the president as a clash between the legal principles at the foundation of American democracy, and a venal, self-interested politician who does not recognize, let alone uphold, them.

"Mr. Comey and All the President's Lies" is from the June 08, 2017 Opinion section of The New York Times. It was written by The Editorial Board and narrated by Barbara Benjamin-Creel.