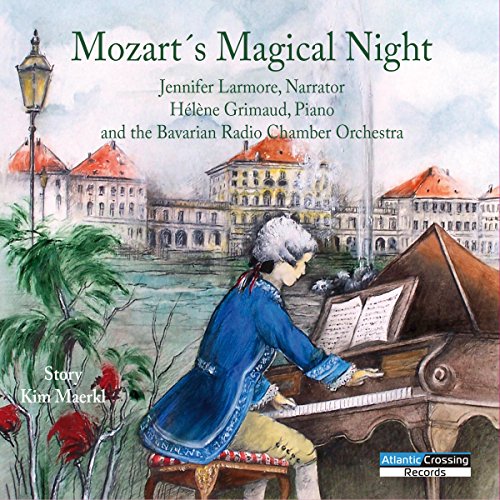 Mozart's Magical Night comes alive in the gardens of the king's palace. When Mozart is seven years old, he is invited by Prince Maximilian to perform in the Nymphenburg Palace in Munich. Captivated by the lakes, waterfalls, and pavilions of the palace gardens, he slips out after the concert to explore the intriguing park. Unexpectedly, he meets a girl who lives on the grounds of the palace and together they discover the wonders of the palace gardens. As they stroll through the park, Mozart reveals secrets about his life and music. Hèlène Grimaud's poetic interpretation of Mozart's music combines with opera star Jennifer Larmore's enchanting narration to create an exquisite midsummer night's dream.

Narrator biography: Jennifer Larmore has performed at virtually every major opera house, including the Metropolitan Opera, La Scala, and London Covent Garden. Her vast discography of over 100 CDs has garnered seven Grammy nominations and two awards. She has given recitals and master classes around the world.