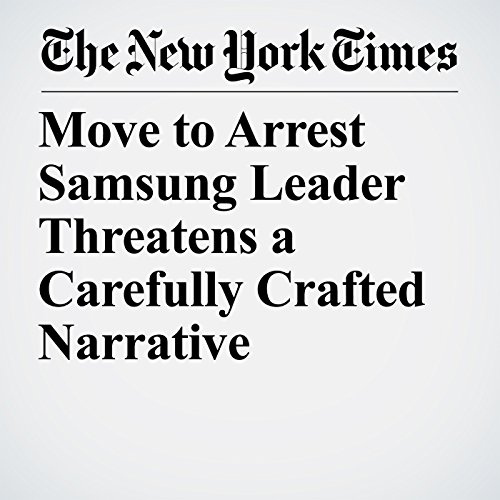 The leader, Lee Jae-yong — who goes by Jay Y. Lee in the West — is part of the third generation of the Lee family to lead the conglomerate, which makes products as varied as microchips and ships. While his father was widely seen as old-fashioned, Samsung has painted Lee as equally comfortable in Silicon Valley and in the boardroom, as a leader who could open up the clannish business even as he helped its flagship electronics arm take on Apple in innovation.

"Move to Arrest Samsung Leader Threatens a Carefully Crafted Narrative" is from the January 16, 2017 Business section of The New York Times. It was written by Paul Mozur and narrated by Keith Sellon-Wright.