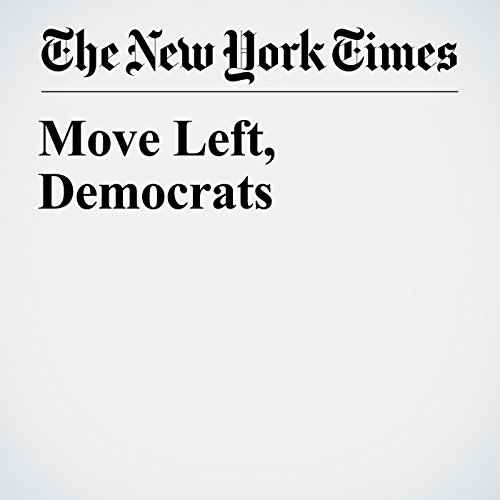 The Democratic National Committee will choose its next leader on Saturday, and when it does it should choose a leader who will resist the pressure to pursue the wrong white people. Hundreds of articles have been written about the imperative of attracting more support from white working-class voters who supported Barack Obama in 2012 but then bolted to back Donald J. Trump.

"Move Left, Democrats" is from the February 21, 2017 Opinion section of The New York Times. It was written by Steve Phillips and narrated by Kristi Burns.