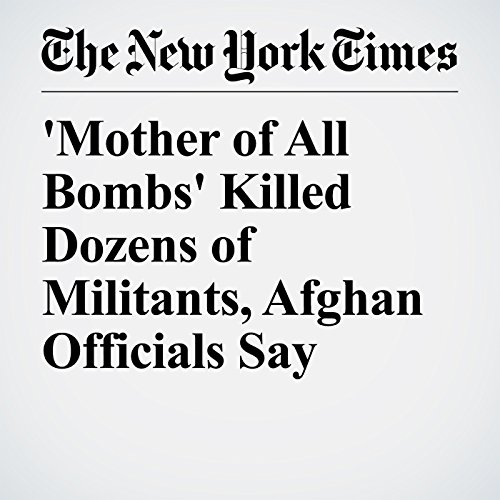 A day after the U.S. military dropped its most powerful conventional bomb on caves used by Islamic State affiliates in eastern Afghanistan, officials said on Friday that dozens of militants had been killed, but that they were still trying to assess the full extent of the damage. Residents said the blast had been felt tens of miles away.

"'Mother of All Bombs' Killed Dozens of Militants, Afghan Officials Say" is from the April 14, 2017 World section of The New York Times. It was written by Mujib Mashal and Fahim Abed and narrated by Jef Holbrook.