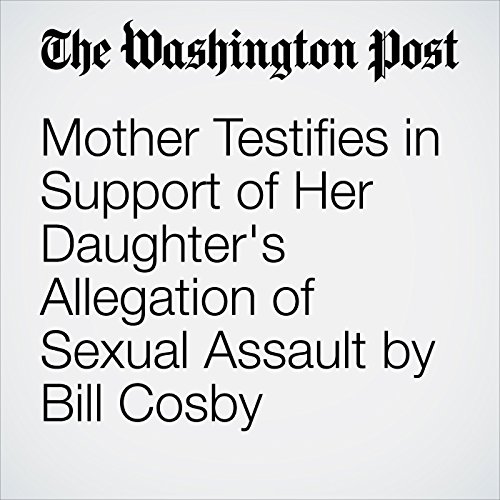 Bill Cosby was more than just a television star to the family of Kelly Johnson, a woman who worked for the famed entertainer’s personal appearances agent.

"Mother Testifies in Support of Her Daughter's Allegation of Sexual Assault by Bill Cosby" is from the June 06, 2017 Arts and Entertainment section of The Washington Post. It was written by  Manuel Roig-Franzia and narrated by Sam Scholl.