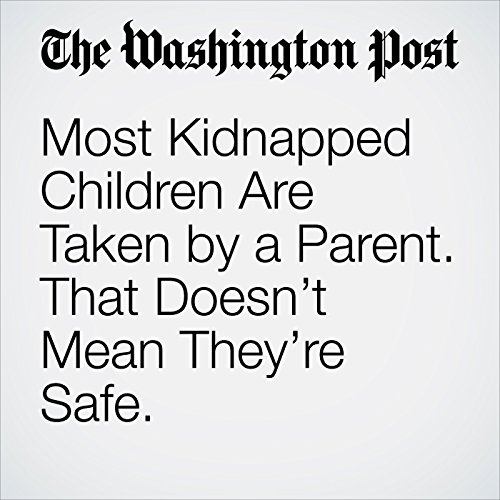 When my client told me her abusive ex-boyfriend had shown up after a long absence, beaten her and kidnapped their children, I assumed the police would respond quickly and issue Amber alerts. But a D.C. police officer refused even to write a report, dismissing the complaint as a “private family matter” and opining, “What safer place for the children than with their dad?”

"Most Kidnapped Children Are Taken by a Parent. That Doesn’t Mean They’re Safe." is from the July 21, 2017 Outlook section of The Washington Post. It was written by Jane K. Stoever and narrated by Sam Scholl.