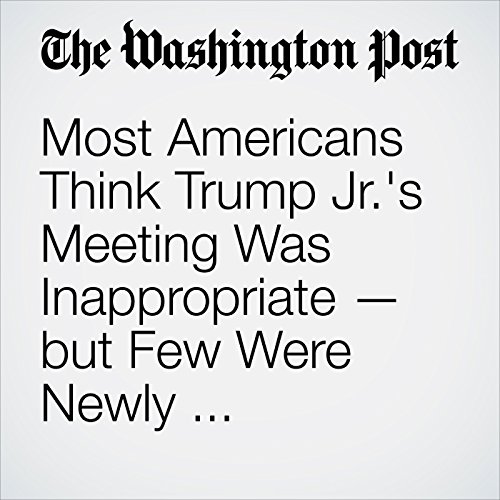 It’s been less than a week since America first learned of the existence of an email that seemed to clearly demonstrate the willingness of some in the Trump campaign to accept the assistance of the Russian government in their effort to win the 2016 presidential race. In black and white, Donald Trump Jr. is offered the opportunity to meet with a lawyer connected to the Russian government who can provide “documents and information that would incriminate” Hillary Clinton. That information, Trump Jr. is told, “is part of Russia and its government’s support for Mr. Trump.”

"Most Americans Think Trump Jr.'s Meeting Was Inappropriate — but Few Were Newly Convinced of Collusion" is from the July 17, 2017 Politics section of The Washington Post. It was written by Philip Bump  and narrated by Sam Scholl.