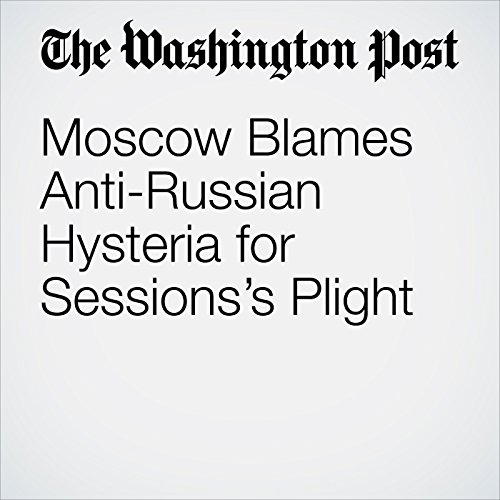 From Russia’s point of view, the turmoil swirling around the Trump administration and its contacts with Russian officials is a “witch hunt” fueled by “fake news” instigated by leading Democrats looking to distract attention from their election defeat and carried out by their lap dogs in the U.S. media.

"Moscow Blames Anti-Russian Hysteria for Sessions’s Plight" is from the March 03, 2017 World section of The Washington Post. It was written by David Filipov and narrated by Jill Melancon.