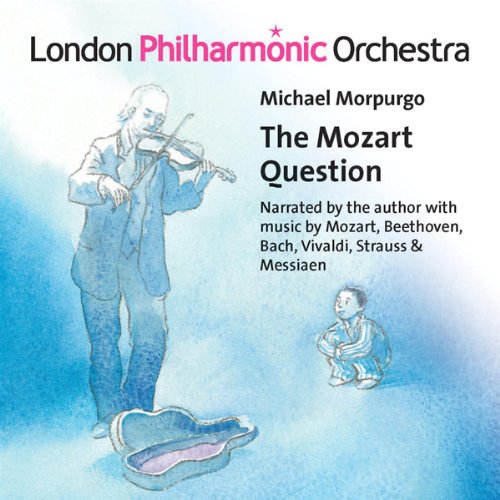 Children’s author Michael Morpurgo narrates his book The Mozart Question, an eloquent and ultimately uplifting story charting a small boy’s discovery of his love for the violin, and of his parents’ traumatic past in a concentration camp during the Second World War. This audiobook weaves together the book’s narration with musical extracts to bring the story alive, featuring pieces by Beethoven, Vivaldi, Bach and Mozart performed by the London Philharmonic Orchestra.

Michael Morpurgo is one of Britain’s best-loved children’s authors. He has written more than 100 books and has won the Smarties Prize, the Whitbread Award, and most recently the Blue Peter Book Award for Private Peaceful. He is also the author of War Horse, which has been made into a Tony Award-winning Broadway play and a Golden Globe-nominated film. Michael was Writer in Residence at The Savoy Hotel from January to March 2007, and previously he was Children’s Laureate from 2003–2005, a role that took him across Britain to inspire a love of reading in children.

Music was wonderful. Enjoyed the story but very short. I don't think I would listen a second time.