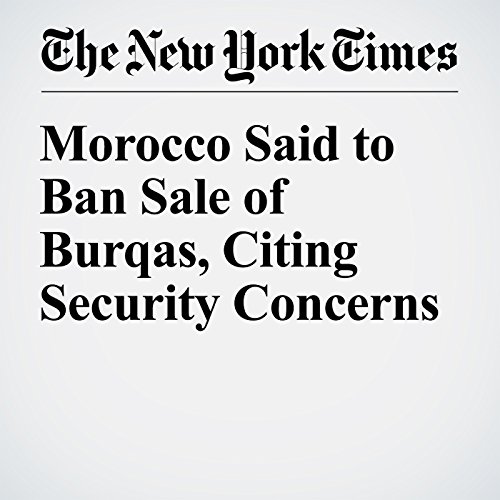 Morocco has banned the burqa, the full-body veil worn by some conservative Muslim women, according to local media reports.

"Morocco Said to Ban Sale of Burqas, Citing Security Concerns" is from the January 11, 2017 World section of The New York Times. It was written by Aida Alami and narrated by Keith Sellon-Wright.