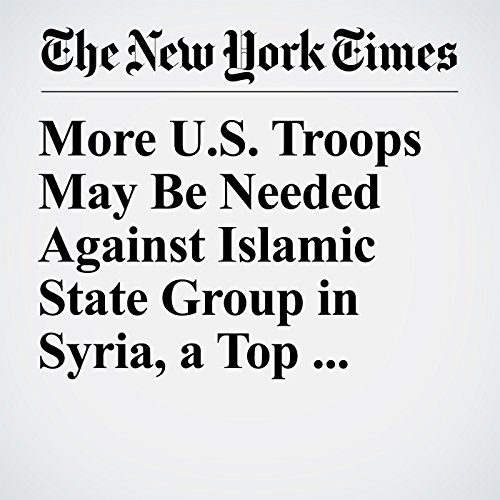 More U.S. troops may be needed in Syria to speed the campaign against the Islamic State group, the top U.S. commander for the Middle East said Wednesday.

"More U.S. Troops May Be Needed Against Islamic State Group in Syria, a Top General Says" is from the February 22, 2017 U.S. section of The New York Times. It was written by Michael R. Gordon and narrated by Keith Sellon-Wright.