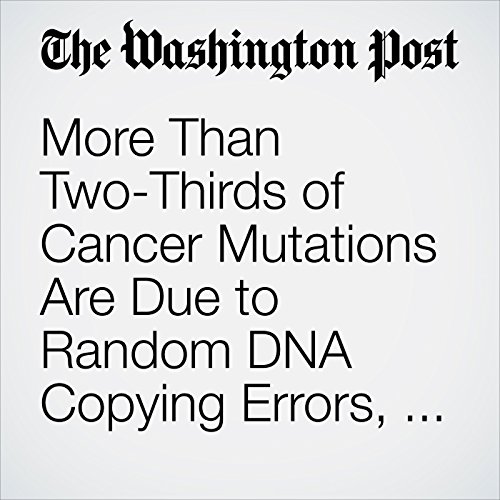 “We don’t need to add guilt to an already tragic situation,” said cancer geneticist Bert Vogelstein. Genes and the environment seem to be responsible for fewer mutations than chance.

"More Than Two-Thirds of Cancer Mutations Are Due to Random DNA Copying Errors, Study Says" is from the March 23, 2017 Health section of The Washington Post. It was written by Laurie McGinley and narrated by Jill Melancon.