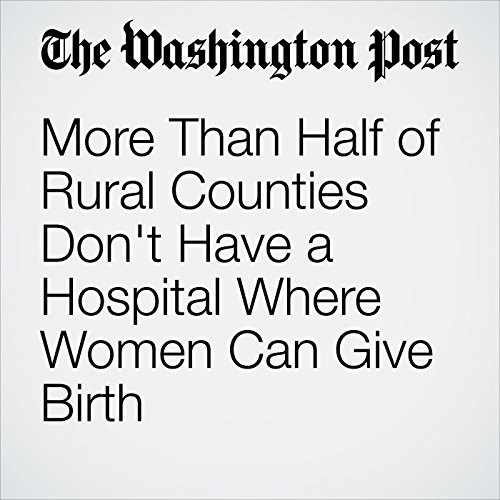 At Meadows Regional Medical Center in rural Vidalia, Ga., the number of babies born each year has more than doubled over the last 15 years — increasing from about 400 births in 2000 to more than 800 in recent years, according to the hospital's chief executive Alan Kent.

"More Than Half of Rural Counties Don't Have a Hospital Where Women Can Give Birth" is from the September 05, 2017 Wonkblog section of The Washington Post. It was written by Carolyn Y. Johnson and narrated by Sam Scholl.