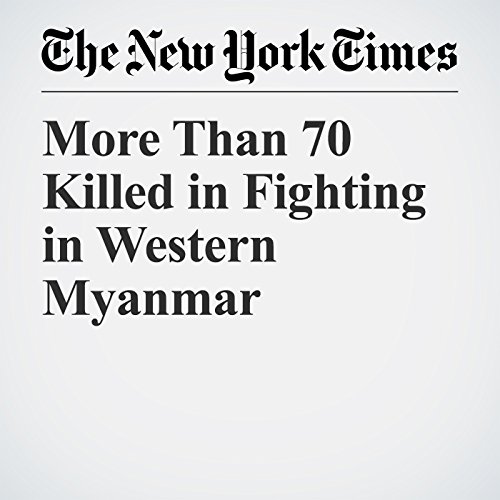 More than 70 people were killed Friday in clashes between militants and security forces in Rakhine state in western Myanmar, which outside observers called a worrying upsurge of violence in the troubled region.

"More Than 70 Killed in Fighting in Western Myanmar" is from the August 25, 2017 World section of The New York Times. It was written by Austin Ramzy and narrated by Mike DelGaudio.