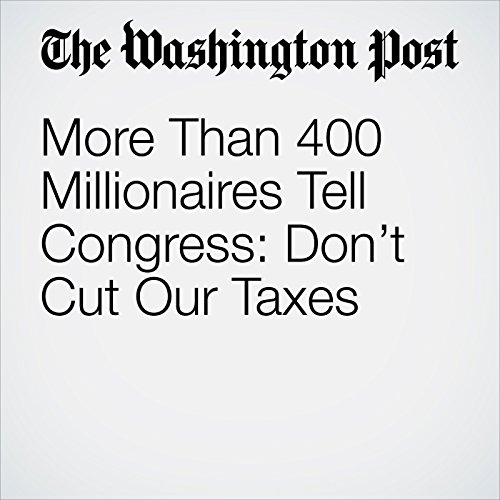 More than 400 American millionaires and billionaires including doctors, lawyers, entrepreneurs and chief executives — say the GOP is making a mistake by reducing taxes on the richest families at a time when the nation's debt is high and inequality is back at the worst level since the 1920s.

"More Than 400 Millionaires Tell Congress: Don’t Cut Our Taxes" is from the November 12, 2017 Business section of The Washington Post. It was written by Heather Long and narrated by Sam Scholl.