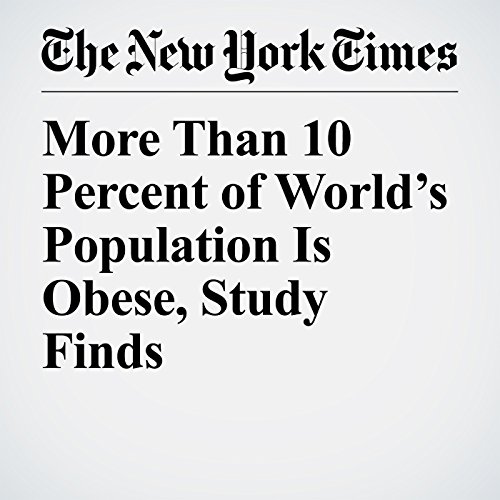 More than 10 percent of the world’s population is now obese, a marked rise over the last 30 years that is leading to widespread health problems and millions of premature deaths, according to a new study, the most comprehensive research done on the subject.

"More Than 10 Percent of World’s Population Is Obese, Study Finds" is from the June 12, 2017 World section of The New York Times. It was written by Matt Richtel and narrated by Kristi Burns.