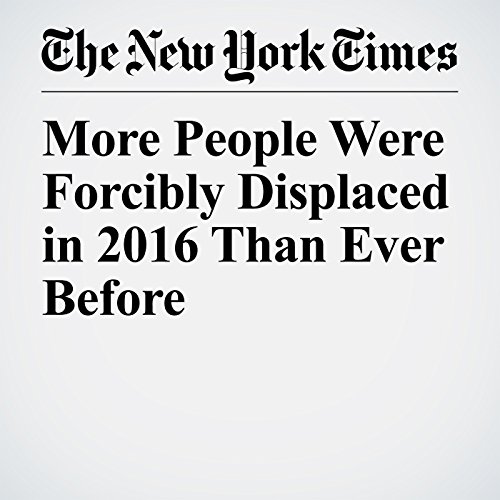 The relentless civil war in Syria and a surge of South Sudanese fleeing the collapse of peace efforts in their country helped propel the global population of displaced people to a record in 2016, the United Nations refugee agency said Monday.

"More People Were Forcibly Displaced in 2016 Than Ever Before" is from the June 19, 2017 World section of The New York Times. It was written by Rick Gladstone and narrated by Kristi Burns.