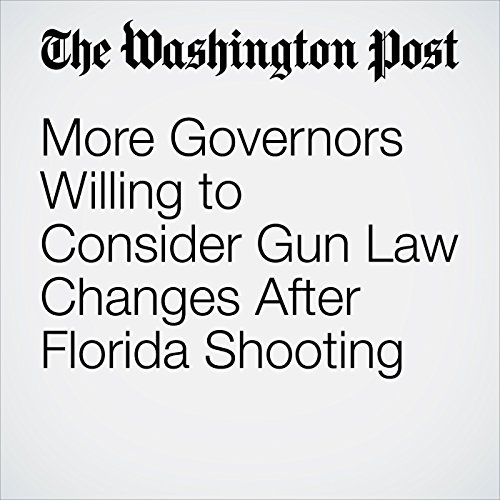 A growing bipartisan number of state governors have joined calls for a reconsideration of gun laws and school safety measures after the mass shooting in Parkland, Fla., a sign that resulting legislative changes could extend far beyond Florida in the coming months.

"More Governors Willing to Consider Gun Law Changes After Florida Shooting" is from the February 25, 2018 Politics section of The Washington Post. It was written by Michael Scherer, Dan Balz and narrated by Sam Scholl.