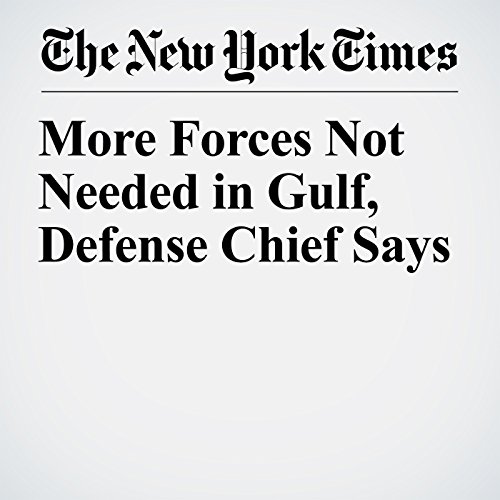 Defense Secretary Jim Mattis on Saturday described Iran as the world’s greatest sponsor of terrorism, but he emphasized that there was no pressing need for the United States to beef up its military presence in the Persian Gulf region.

"More Forces Not Needed in Gulf, Defense Chief Says" is from the February 04, 2017 World section of The New York Times. It was written by Michael R. Gordon and Motoko Rich and narrated by Barbara Benjamin-Creel.