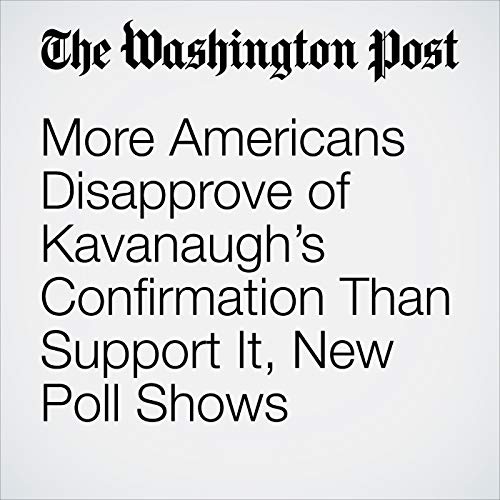 More Americans disapprove of Brett M. Kavanaugh’s confirmation to the Supreme Court than approve, and a narrow majority says congressional investigation of the new justice should not end with his elevation to the court, according to a new Washington Post-ABC News poll.

"More Americans Disapprove of Kavanaugh’s Confirmation Than Support It, New Poll Shows" is from the October 12, 2018 Politics section of The Washington Post. It was written by Robert Barnes and Emily Guskin and narrated by Jenny Hoops.