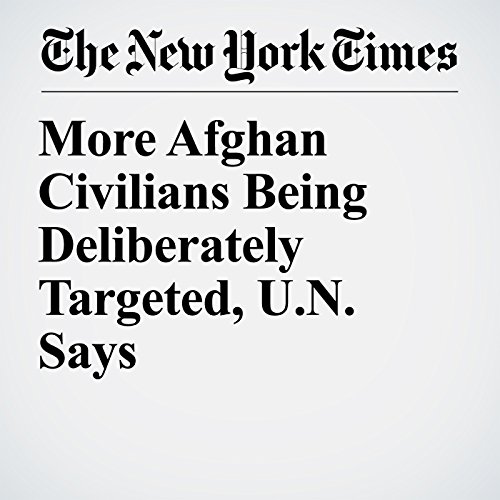 An annual U.N. report released Thursday offered a stark assessment of the 16-year Afghan war, showing a slight decline in civilian casualties from an all-time high but a rise in complex bombing attacks that have taken a heavy toll in the capital.

"More Afghan Civilians Being Deliberately Targeted, U.N. Says" is from the February 15, 2018 World section of The New York Times. It was written by Andrew E. Kramer and narrated by Barbara Benjamin-Creel.