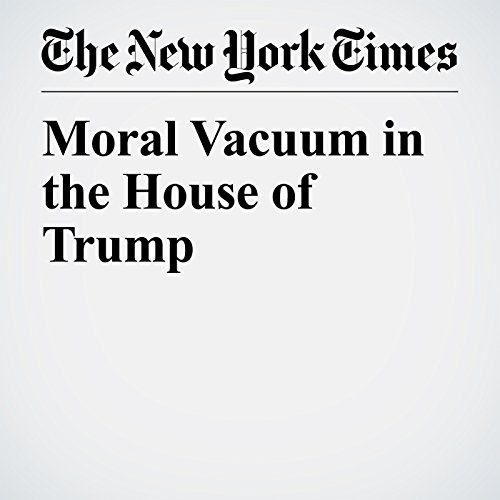 Moral Vacuum in the House of Trump

Donald Trump’s grandfather Friedrich emigrated to the United States when he was 16, in 1885. He ventured west to seek his riches and finally settled in Seattle, where he opened a restaurant that, according to family historian Gwenda Blair, likely included a section for a bordello.

"Moral Vacuum in the House of Trump" is from the July 13, 2017 Opinion section of The New York Times. It was written by David Brooks and narrated by Barbara Benjamin-Creel.