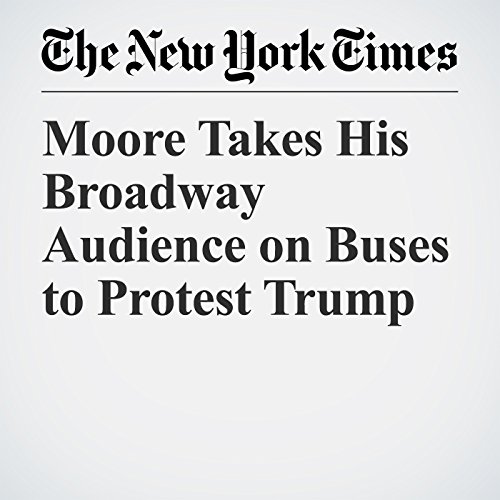 About an hour and a half into his Broadway performance on Tuesday night, Michael Moore paused his rumpled, moralistic ire to offer the audience an Oprah-style surprise. Two double-decker buses were waiting outside, he said, to whisk theatergoers to Fifth Avenue in a ready-made protest delivered straight to the doorstep of President Donald Trump, the chief target of Moore’s solo show.

"Moore Takes His Broadway Audience on Buses to Protest Trump" is from the August 16, 2017 Entertainment section of The New York Times. It was written by Sarah Maslin Nir and narrated by Keith Sellon-Wright.