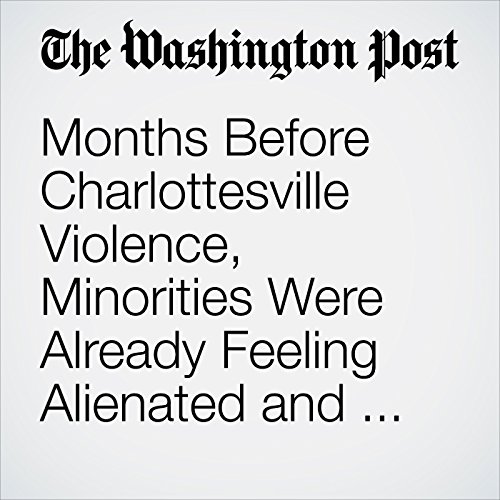 The violence in Charlottesville this past weekend — and President Trump’s unwillingness to unequivocally condemn the white nationalist groups behind it — has produced widespread condemnation of these groups and Trump himself.

"Months Before Charlottesville Violence, Minorities Were Already Feeling Alienated and Excluded" is from the August 18, 2017 Monkey Cage section of The Washington Post. It was written by Jonathan Collins and narrated by Jenny Hoops.