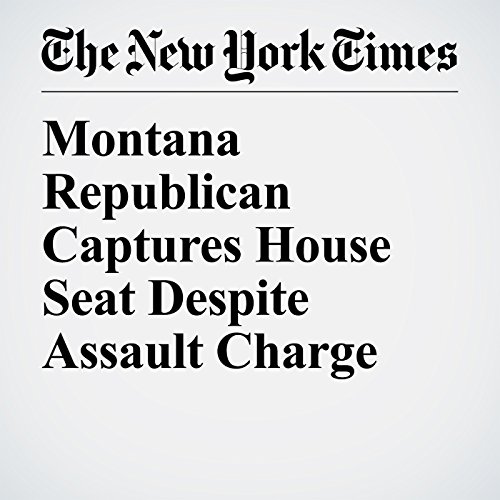 Greg Gianforte, a wealthy Montana Republican who was charged with assaulting a reporter Wednesday, nonetheless won the state’s lone seat in the House of Representatives on Thursday, according to The Associated Press, in a special election held up as a test of the country’s political climate.

"Montana Republican Captures House Seat Despite Assault Charge" is from the May 26, 2017 U.S. section of The New York Times. It was written by Jonathan Martin and Alexander Burns and narrated by Barbara Benjamin-Creel.