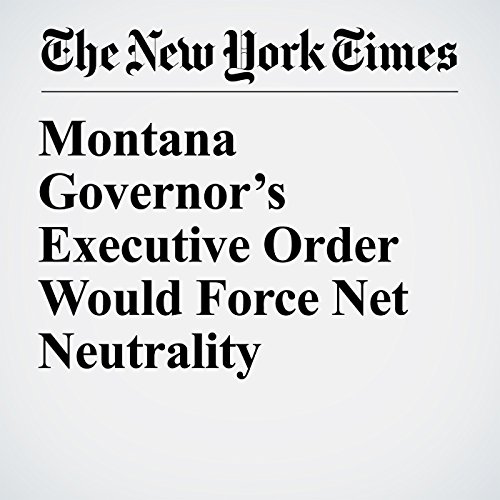 Most efforts underway to restore so-called net neutrality face big obstacles and would take many months, if not years, to succeed. But in Montana, the governor plans to use the stroke of a pen to bring the rules to broad parts of his state.

"Montana Governor’s Executive Order Would Force Net Neutrality" is from the January 22, 2018 Business section of The New York Times. It was written by Cecilia Kang and narrated by Keith Sellon-Wright.