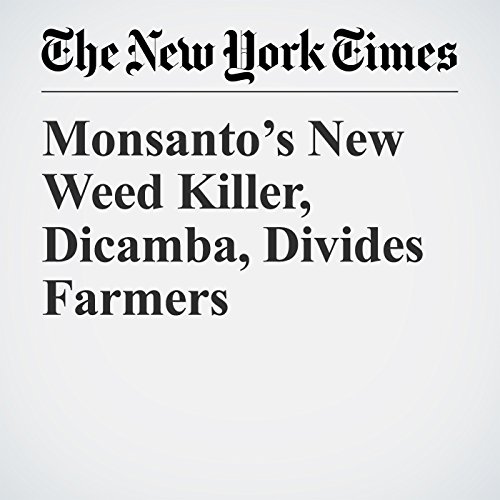 Farmers planted a new kind of seed on 25 million acres of soybean and cotton fields this year. Developed by Monsanto, the seeds, genetically modified to be resistant to a weed killer called dicamba, are one of the biggest product releases in the company’s history.

"Monsanto’s New Weed Killer, Dicamba, Divides Farmers" is from the September 21, 2017 Business section of The New York Times. It was written by Danny Hakim and narrated by Kristi Burns.